How do you define "scientific?"  Chiropractic is quite scientific. 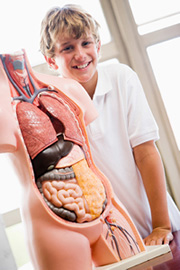 gnition of a problem, the collection of data through observation and experiment and then testing the resulting hypotheses, then today's chiropractic is quite scientific. Because it's based on the scientific fact that the nervous system controls and regulates virtually every cell, tissue, organ and system of the body.

Don't be misled by the "low-tech" nature of chiropractic adjustments! There’s an abundance of valid research that suggests the chiropractic approach to reducing nerve disturbance along the spine, thereby enhancing the ability of the brain and nerve system to control and regulate the body. These include published research documenting the results of chiropractic care as a genuine and effective alternative treatment for spinal and joint pain including asthma, infantile colic, immune function, dysmenorrhea (menstrual cramps), improving vision and brain function, and other musculoskeletal problems such as back pain, one's overall health status and many others.

Surprisingly, chiropractic papers actually outnumber the papers published by many medical professionals. By the admission of medical doctors like Paul G. Shekelle, M.D., M.P.H. of the RAND Corporation: “There are considerably more randomized controlled trials which show benefit of this (chiropractic care) than there are for many, many other things which physicians and neurosurgeons do all the time".

Ultimately, the proof is in the pudding. Ask our delighted patients whether chiropractic is scientific.